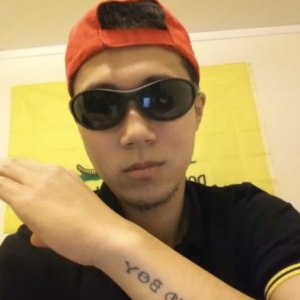 Tyler Yamaguchi is a 3rd degree Proud Boy, meaning he has gotten permanently marked with a Proud Boy Tattoo. He is evidently quite proud about his far-right views and his membership within the group. 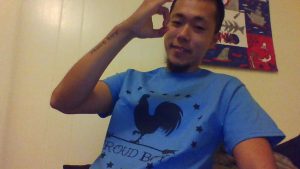 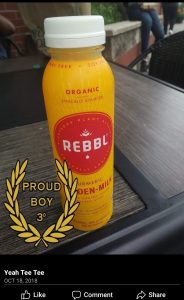 Tyler has a pesky and persistent street presence. 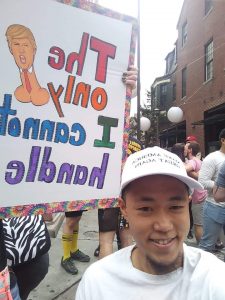 (Tyler trolling at an anti-trump protest) 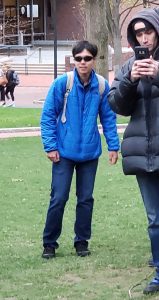 (Tyler showing up to defend Candace Owens at UPenn) 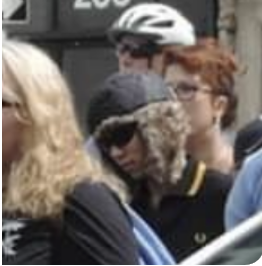 He serves a common tactic seen by modern American far-right groups-tokenism. Tokenism is where far-right groups will prop up a token minority, whose identity they are otherwise diametrically opposed to. They use to deflect criticisms of them being racist- after all, how can the Proud Boys be a white supremacist group if they have nonwhite members? This falls along another ideological trapping of far-right groups- this persistent idea that their actions and ideas are bereft of context, that everything exists in a vacuum. So what if they actively organize around white supremacist principals, prop up, physically protect, and support prominent white supremacists, and give white supremacists a platform in which to recruit and spread hate and violence, they believe that all of that is obviously negated by them having a nonwhite member. When looking at instances of tokenization, one must consider the overall net effect of the group as a whole, and the effect of that person being one more member, one more supporter of that group that keeps its designs in motion. Don’t fall for their rhetoric, don’t believe their bullshit, and don’t feed into narratives of tokenism. Liberalism has coopted identity politics from being a useful means of analyzing oppression into meaningless sentiment that has now in turn been coopted by fascists to insulate their acts of hate. Don’t fall for it for a second, always be critical of their narrative.
Tyler was last known to live somewhere in West Philly.